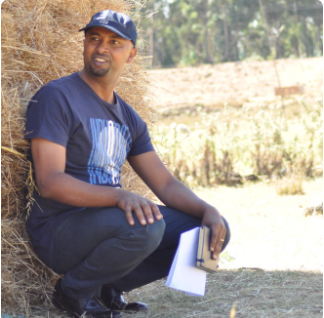 "Moges Tafesse is a documentary filmmaker and producer from Addis Ababa, Ethiopia. His documentary film Dancing for Unity was screened in Monaco in a side event during the Cannes Film Festival in 2011. He also produced and directed a weekly TV show Ene 'Miteyikew (My Quest). As of 2020, he completed a documentary film on interracial adoption entitled A Season for Dancing

He established and has been running Synergy Habesha Films and Communications with motto "Empowering Community through Media" for the past ten years.