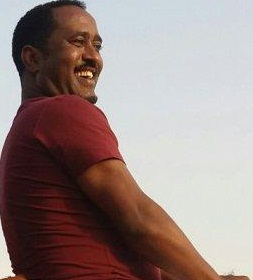 "Mesfin Getachew is one of the well known script writer in Ethiopia and has written many scripts for Radio, Television, Film, and Theater. He had participated as one of the lead script writer in the population Media Center (PMC) research based entertainment education radio serial dramas entitles Yeken Kignt (Tune of the Day), Menta menged ( the cross road) , Maleda, Seberat (Broken), Mieraf , Yezemen Chigngoch, Yeledet Tewaf (a birth day candle)and many more. These Radio dramas are the first of their kind in Ethiopia and are designed to address social issues such as Reproductive Health, Family Planning, HIV/AIDS and other social problems. It has been considered, on a number of international forums, as one of the most successful radio serial dramas, in Africa and has been able to win recognition both locally and abroad and has been able to gain commendable coverage in different local international media."