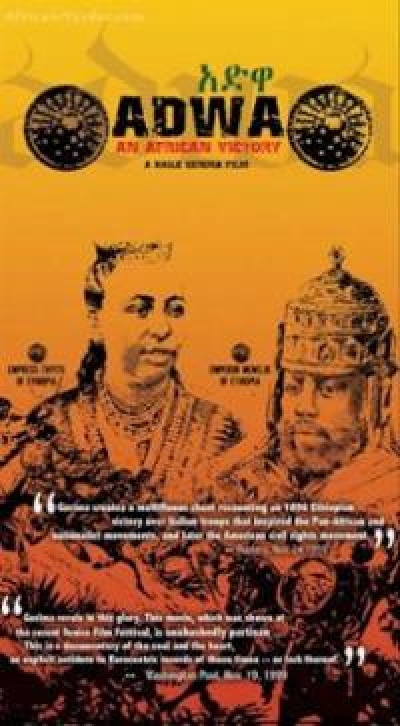 This film captures the independence and determination of the Ethiopian people. In response to the "Scramble for Africa," or carving up of the African continent by European colonizers following the infamous Berlin Conference of 1880, Ethiopians from all provinces and ethnic groups unified to defend their homeland from an Italian takeover. No one expected the Ethiopian army to successfully fight the well-trained and armed Italian army. (IMDB)