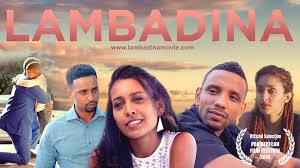 Lambadina is a 2015 Ethiopian drama film focusing on a journey of a little boy whose story starts in Addis Ababa, Ethiopia, and ends in Los Angeles, CA.
It has been produced and directed by Messay Getahun.
It was screened at the 2016 edition of the Pan African Film Festival in Los Angeles, California. The film received the Audience Award for Narrative Feature, as well as, Special Jury Recognition-Director for First Feature Narrative. The film also won the award for Best Film by an African Living Abroad at the 12th Africa Movie Academy Awards.